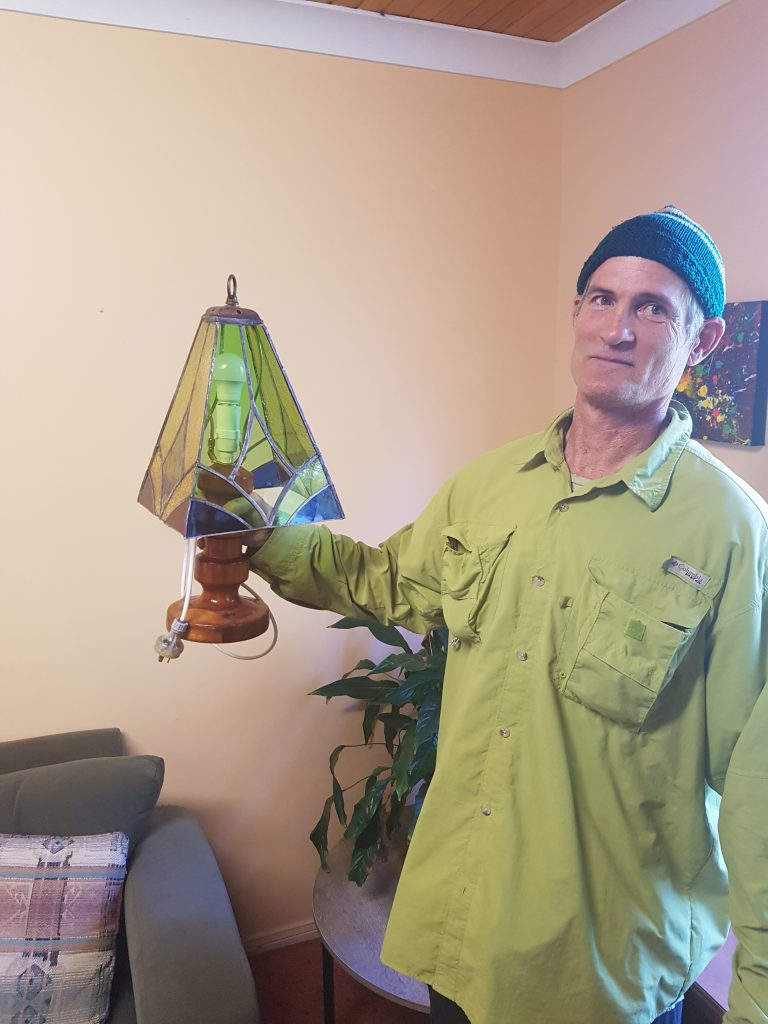 John, a 48-year-old man who lives with an acquired brain injury, has a history of drug and alcohol addiction, as well as periods of incarceration. Throughout John’s life he has lived independently but has been unable to maintain tenancies in either the private rental market, or in social housing.

John arrived at Jim da Silva Farm in 2017, following an admission to a mental health ward. It quickly became apparent to those working with John at the Farm that he struggled with alcohol addiction. At this point, Farm management were faced with a difficult decision. Do they permanently exit John because of his alcohol addiction? Instead, they chose to refer John to a rehabilitation service for treatment, in an effort to ensure John was not exited from the Farm into homelessness. Having successfully entered and engaged with the rehabilitation program, John returned to the Farm in April of 2019.

Upon his return, support staff at the Farm assisted John access the National Disability Insurance Scheme (NDIS). John was subsequently approved for an NDIS plan, providing funding for his support needs. With stable accommodation, John was able to begin building the foundations of a more independent life. John reflects that he “is in good hands at the Farm”, and that living at the Farm has provided him a “good opportunity to fulfil some goals”.

John now works 3 days a week. John loves the work that he does, saying ‘’at the end of the day, I feel like I have achieved something’’. When John isn’t working, he enjoys spending time gardening and tending to the 14 egg chickens on the Farm (that supply residents with fresh eggs each day!). Support staff at the Farm have helped John to learn key skills needed to live independently – skills such as cooking, budgeting, and managing appointments. In addition, support staff have also assisted John in engaging with the community through various activities, including a lead lighting course, a barista course and a literacy and numeracy court through a local College.

The Farm has provided John with stable and safe accommodation, where the previous temptations of alcohol and drug use have been removed. With the stability John has been able to find at the Farm, he has been able to reconnect with both his father and his sister – relationships that were previously fractured. John has rebuilt his life to the point where he has become a valuable, hardworking contributor to both the Farm and the local community. John is now a role model for many other men living at the Farm, being a valued member of our small community.