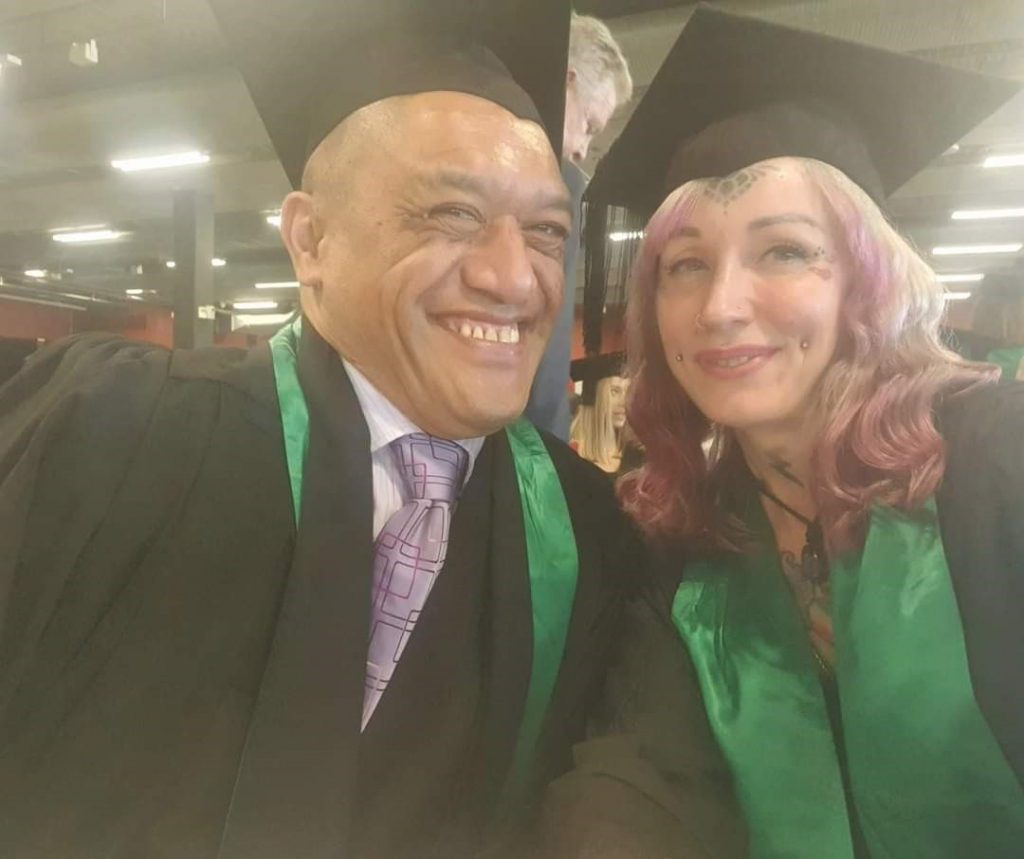 When Tabitha, a mother of six children connected with Vinnies NSW, life was difficult. She was in a domestic violence relationship, isolated and disconnected from friends and family. The impact of the abuse she had experienced had left her depressed, scared and without a sense of hope. Gaining the courage to leave was not straightforward. She was financially dependent on her perpetrator and leaving had many unknown implications. It was through a series of interventions with NSW Police and the Department of Communities and Justice (DCJ), that Tabitha was referred to Vinnies. “The need to protect the children from the violence was a major motivating factor,” she said. “I realised that material things don’t matter but your life does.”

Tabitha accessed the Vinnies’ Nagle Centre, where her and her children received crisis support. Her primary goal to remove her family from the violence had been achieved. Nagle Centre supported her with food vouchers, clothing, household items, meals and access to the Vinnies buddy program for her children. Yoga and counselling also supported Tabitha’s wellbeing. When Tabitha and her children were gradually eased out of crisis, she commenced focussing on her family’s future. She attended an information session about the Clemente Program and embarked upon a study pathway. “Clemente brought back a goal for me – to study. This revitalised a personal dream – not for the family, but for me personally”.

The Clemente Program, yoga and counselling continued to help Tabitha make small, positive changes. She made several new friends and established further measures to restore the safety of her family. She accessed Vinnies Macarthur Case Management and Legal Aid which assisted her with court hearings. She was also supported to access the Rent Choice Start Safely program through DCJ. Tabitha then graduated from the Clemente Program and enrolled in a double degree through the Australia Catholic University (ACU). “(I’m) now at ACU studying a double degree (in) Philosophy and Theology. I have hope of a career and a bright future”.

Tabitha continued to make small steps to live independently, including managing her own finances. Whilst she received support through Vinnies, staff reflect that it was her personal persistence and determination which drove the change. Tabitha’s life had become more peaceful and enjoyable. This was largely due to the knowledge that she and her children were safe. “There is help out there and you are not alone,” she said. “I have gone from surviving to living”.

The Clemente Program provides people who have experienced disadvantage with support to access tertiary education through a partnership between Vinnies and the ACU.